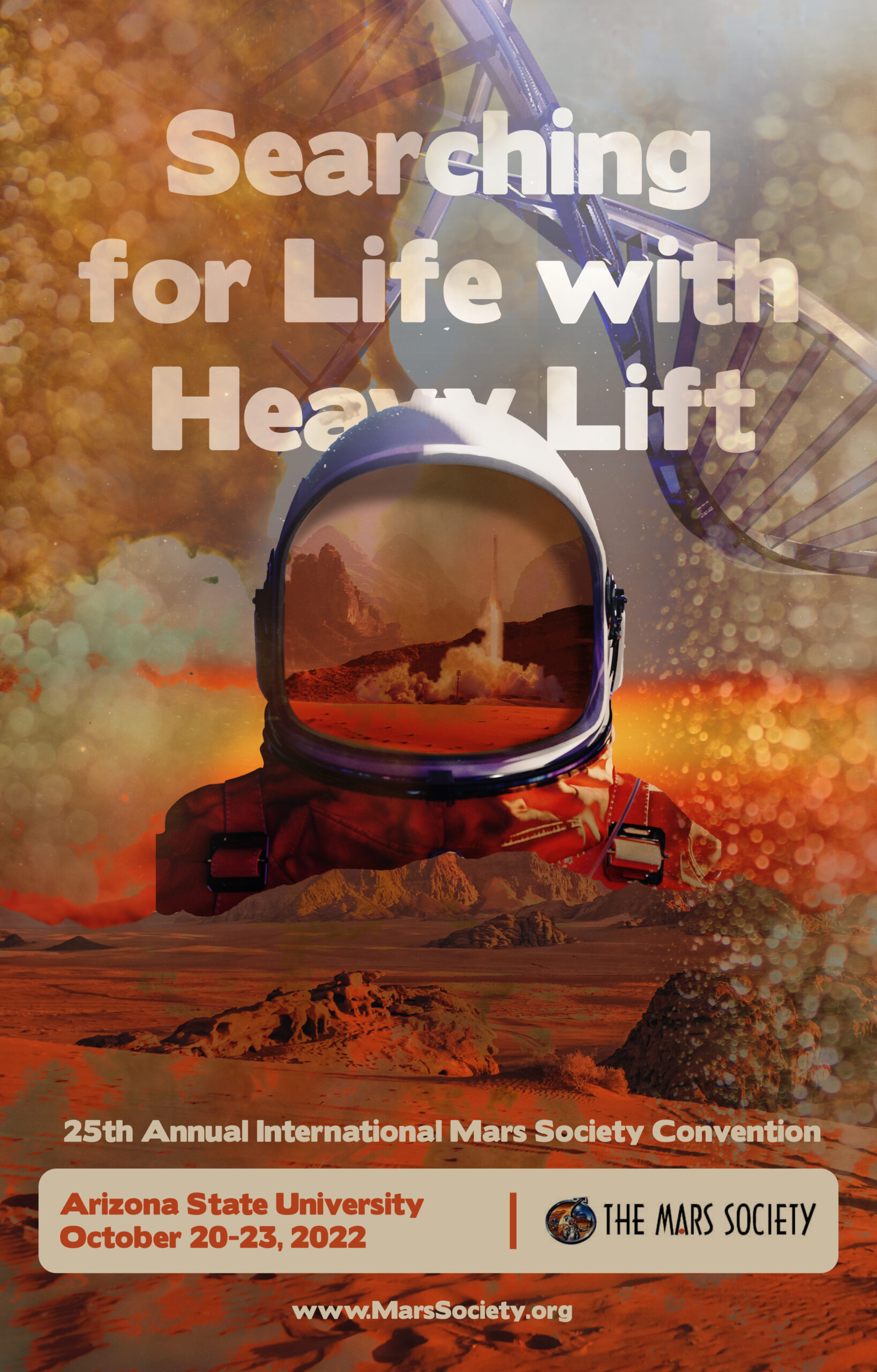 The Mars Society is pleased to announce a return to our usual in-person public convention, to be held Thursday-Sunday, October 20-23, 2022 at Arizona State University in Tempe, Arizona.  The International Mars Society Convention presents a unique opportunity for those interested in the planet Mars to come together and discuss the science, technology, social implications, philosophy and a multitude of other aspects of Mars exploration.

In addition to being our first in-person event in two years, we will also be marking the 25th year of convening our International Mars Society Convention, with exciting plenary talks, panel discussions, and public debates, as well as our special Saturday evening banquet.

The conference will also feature the face off of the ten finalists of the Telerobotic Mars Expedition Design Competition, whose teams were challenged to design a robotic flotilla that could be carried out using a human-class Mars surface lander with a 10-ton payload capacity, allowing the maximum possible science return while doing the most to prepare for human Mars missions to follow.

The theme of this year’s convention will be “Searching for Life with Heavy Lift”, which relates to our TMEDC challenge. Current heavy lift spaceflight options involve NASA’s SLS and SpaceX’s Starship, both capable of carrying large payloads into orbit, to the Moon and on to Mars. This significant payload capacity opens the door to a variety of extended robotic and human exploratory missions on the red planet, significantly increasing the chances to find ancient or present life on Mars.

For those unable to join us in person in Arizona, we will have an option to attend the convention virtually for a modest fee.  Following up on our wildly successful 2020 and 2021 Virtual Conventions which boasted over 15,000 people attending, and more than 300 papers presented, we will again be using unique technology, to not only hold presentations, panel discussions and debates, but also to allow people from around the world to participate, posing questions and interacting with one another.  Information about the virtual option will be posted here soon.

The Mars Society’s four-day international conference will bring together leading scientists, government policymakers, commercial space executives, science journalists and space advocates to discuss the latest scientific and technological developments and challenges related to the human and robotic exploration of Mars and the eventual human settlement of the Red Planet.