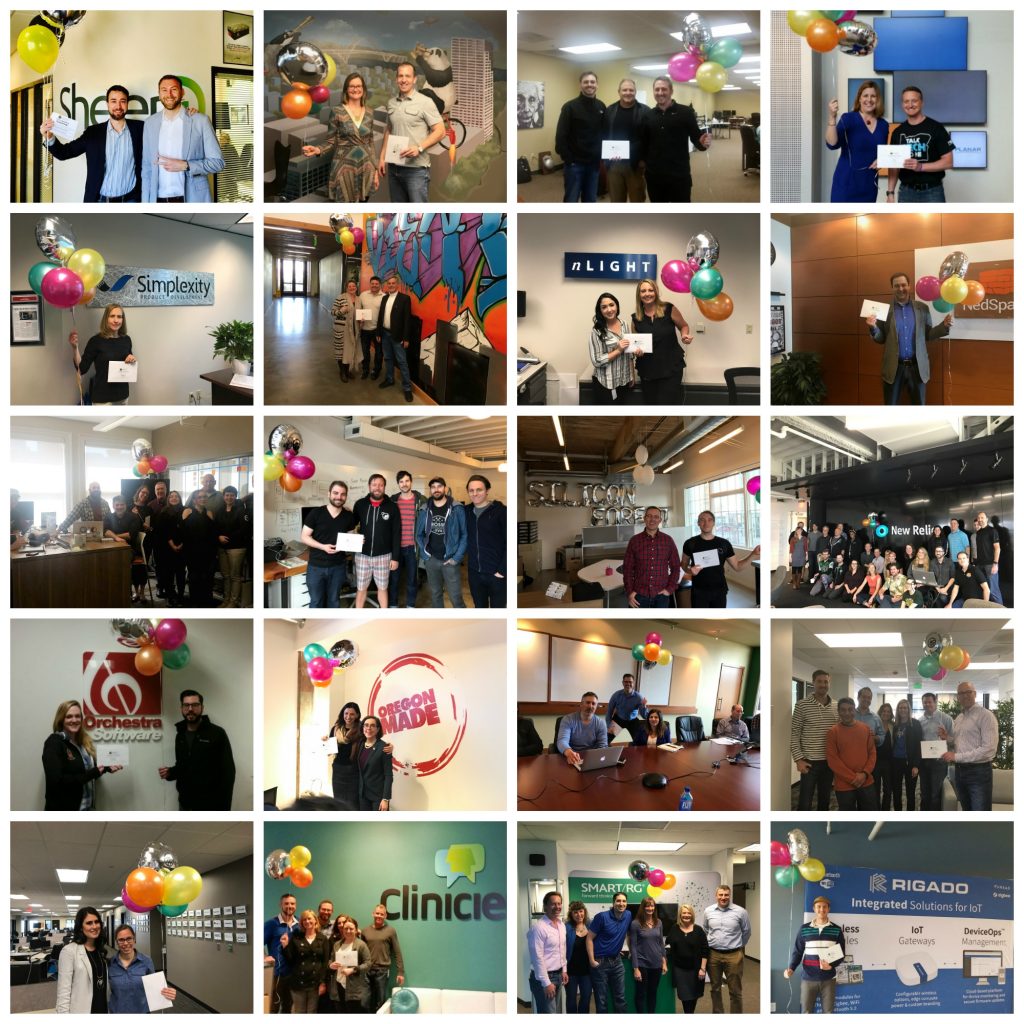 Portland, Ore – April 4, 2017 – The Technology Association of Oregon (TAO) announced today the finalists for the 2017 Oregon Technology Awards, the annual program celebrates excellence and achievement in the region’s technology industry.

Which companies will be awarded this year? Find out as the winners are revealed at the Oregon Technology Awards Ceremony on Thursday, May 11th at the Oregon Convention Center. Don’t miss out on this opportunity to mix with the movers and shakers of the Oregon’s tech community.

“The Oregon tech community is thriving and you can really tell by the turnout and quality of the Technology Awards program,” TAO President, Skip Newberry, says. “It is a huge networking opportunity and brings together everyone from the startup entrepreneur to the seasoned executive.”

The finalists were selected from a wide spectrum of industries within the various award categories. The TAO is proud to announce the 2017 Oregon Technology Award finalists, as follows:

Technology Company of the Year – Pre-Revenue

Technology Company of the Year – Emerging

Technology Company of the Year – Growth

Technology Company of the Year – Enterprise

Most Disruptive Technology of the Year

About the Technology Association of Oregon

Technology Association of Oregon is a local nonprofit working to build opportunities, better our economy and unify a voice for innovation in Oregon and beyond.  A recognized leader in shaping and growing technology and business communities, TAO empowers businesses and entrepreneurs through networks, events, advocacy, resources and more.  With over 400 member-companies, TAO’s network brings together some of the largest companies in the world, small startups, and tech-enabled companies that are using technology to drive growth and innovation. For more information please visit www.techoregon.org.