Reflecting on the Impact of the Oregon Tech Industry’s Longtime Lobbyist, Jim Craven 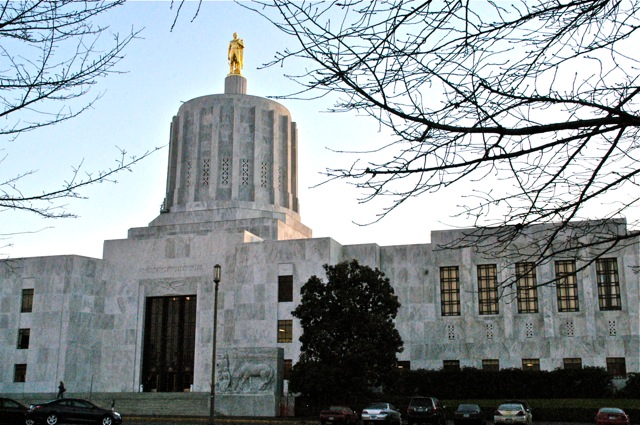 At the end of this month, the Oregon tech industry will lose one of its longest-serving champions, Jim Craven, as he enters a well-deserved retirement.  I am honored I had a chance to get to know Jim during my tenure with TAO. He has had a tremendous impact on the region’s industry and the broader policy environment in Oregon while successfully representing tech companies in Salem.

Jim Craven has served the tech industry in Oregon since 1988.  During that time, the original national organization – American Electronics Association or AEA, merged to become TechAmerica in 2009, then merged again in 2014 with CompTIA.  In 2015, Craven went on to consult directly for Intel in Oregon.

As the industry’s key lobbyist in Salem, Craven has worked on a variety of issues, including higher education advancement, STEM education for K-12, state tax policy, digital commerce law, transportation and energy, and environmental regulations.  In 1997, he led the effort to establish the Engineering and Technology Industry Council (ETIC) and was an ex-officio member of the Council until 2015.

Prior to joining AeA, Craven worked on the committee staff at the Oregon Legislature and served as legislative assistant for two sessions with then State Rep. Ron Cease of Portland in 1985 and 1987.  He moved to Oregon from the Bay Area in 1981 to work on the staff at Western Oregon University.

Craven is a graduate of Santa Clara University in the heart of the Bay Area’s Silicon Valley.  Jim lives in Salem with his wife of 41 years – Karen.  They have grown daughters in Seattle and Portland.

I recently had a chance to catch up with Jim and ask him to reflect on a long and successful career working with Oregon’s tech industry.

What was the tech industry like when you started lobbying?

When I started lobbying for the tech industry there was no email, no public internet, and few cell phones.  Urgent communication was done via fax.

What are some of your proudest accomplishments?

Successfully lobbying for the Engineering and Technology Industry Council (ETIC in 1997), which had a solid record of directing state funding into engineering and technology programs at state universities.  When the state system of higher ed was dismantled in recent years, the ETIC was also allowed to expire.

I’m also proud that I was able to help reward companies that invest in Oregon employees and facilities by helping to pass the single sales factor method.

How has industry changed?

In the late 80s and through the 90s, Oregon’s tech scene was dominated by manufacturing – particularly semiconductors but also silicon wafers,  displays, printers, and test and measurement.  That growth was both American (Intel, Tektronix, HP, etc) and Asian (Oki Semiconductor, Epson, Sony, Hyundai, etc.).  The prolonged Asian financial slump led to the exodus of many Asian manufacturers; overall tech employment began to grow in the software fields along with the Internet.

Manufacturers generally favored the suburbs because they needed land to build factories (Washington County, Corvallis, Salem, Eugene/Springfield).  With the shift to software and internet-related firms, employment has grown in downtown Portland.

What do you see as future challenges?

With an increasingly connected world, companies need to pay attention to public concerns about personal privacy and data protection.

The growth of high-paid jobs can impact economic stratification and put pressure on affordability and infrastructure.

Oregon needs to remember that economic development needs constant attention – nothing is automatic. Companies employ people and contribute to communities and battles like Measure 97 in 2016 don’t account for these real-life positive impacts.

What comes next for you?

I keep telling people that I’m REALLY retiring – I will not be back at the Capitol in any capacity.  I’ll focus on my every-day joys:  songwriting and playing music with friends, cooking, gardening, bike riding, and kayaking.