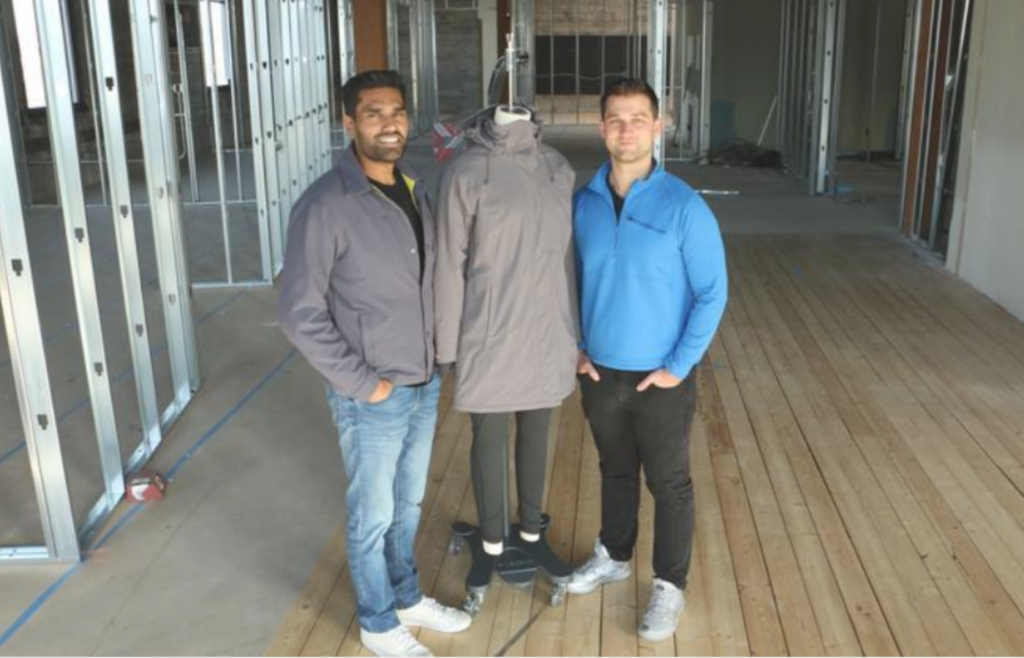 Michael Markesbery, co-founder of OROS, a Portland-based cold-weather apparel company, loves outdoor winter activities but could do without the bulky outerwear we’ve come to accept during the cold season.

Five years ago, alongside co-founder Rithvik Venna, he set out on a mission to trade in big jackets and snow pants for something more lightweight. Fast-forward to today and the OROS team is hard at work on another apparel venture: long-range flight suits for pilots.

On the heels of a freshly minted research partnership with the United States Air Force, I sat down with Markesbery to talk about the inception of OROS and how the company went from solely innovating around winter gear to being tasked with creating a novel, lightweight flight suit.

During Markesbery’s sophomore year in college, he spent time backpacking through Europe. On this trip, he set out to climb Glärnisch, the tallest mountain in the North-Eastern Swiss Alps.

“Summiting was a phenomenal experience, except for the fact that I looked like the Michelin Man,” said Markesbery. “I was covered in a ton of bulky outerwear and layers, yet I still felt cold.”

This was the first time Markesbery thought about a career focused on innovating outerwear.

“At the time, we were about to add a new genome to the CRISPR-Cas9 and space tourism was about to be a reality. Yet here I was, on the top of this mountain, in a big, bulky jacket that wasn’t working,” said Markesbery. “I remember it was made with goose down, the same material we’ve been making warm clothes with for hundreds, if not thousands of years,”

Upon his return to the United States, he landed a scholarship through a space education foundation created by the Mercury Seven, the first-ever group of NASA astronauts. Through this opportunity, he learned about a NASA technology called aerogel.

“Aerogel is the material NASA uses to insulate spacecraft in negative 455-degree weather. It’s incredibly lightweight and is 99.8% air,” said Markesbery. “I thought to myself, ‘If you could use this insulation to keep warm in space, imagine what we could do with it here on Earth?’”

This is when the proverbial light bulb went off in Markesbery’s head. He and Venna huddled in their dorm room and used a $10,000 grant to start experimenting with aerogel.

Today, the OROS team has created their own version of aerogel-inspired insulation material called Solarcore, which is more durable and purpose-built for apparel.

In March, OROS was selected to receive an award from the United States Air Force as part of their Small Business Innovation Research initiative. Through the SBIR grant, the team is able to research how Solarcore can be implemented to create an ultra-lightweight, long-range flight suit for pilots and support crew.

“With this partnership, we are going beyond innovating apparel for leisure outdoor activities. This is a chance to test the powers of Solarcore at over 30,000 feet in the air,” said Markesbery. “We couldn’t be more excited to give U.S. Air Force pilots a flight suit that works as hard as they do.”