Lessons and Observations from Startup Nation 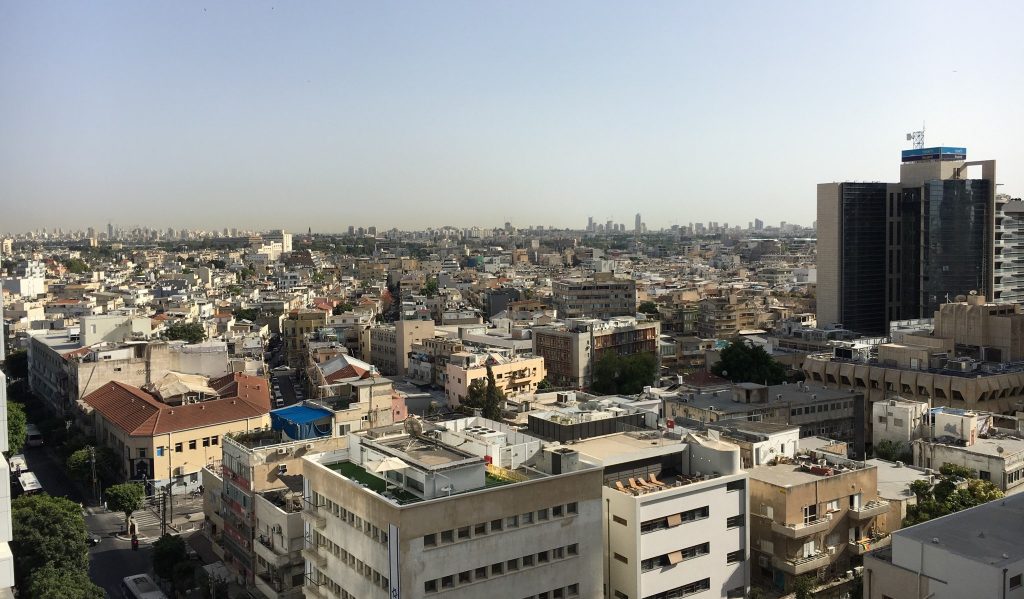 Last week I traveled to Israel with Jennifer Fox of the OTRADi Incubator and Rob Wiltbank, CEO of Galois, as part of a trade mission sponsored by the Oregon-Israel Business Alliance. Cyber security and biotechnology/digital health are two areas in which Israel excels. These are also two areas where Oregon is seeing growth, and the trade mission really benefitted from having Galois and OTRADI serve as ambassadors for these sectors in Oregon.

The trade mission had several objectives:

1) facilitate joint venture, research, investment and other business opportunities between Galois and OTRADI, respectively, and companies based in Israel

2) meet with nonprofits, universities, and government organizations that could help make valuable connections between Oregon-based tech companies and talent, investors, and corporate partners in Israel, as well as raise the visibility of Oregon among those organizations as a viable destination for Israeli startups interested in a U.S. presence.

3) learn more about why Israel is known as Startup Nation.

In terms of population Israel is about twice the size of Oregon. Israel is small, yet there are more Israeli companies listed on NASDAQ than companies from India, Japan, and South Korea combined. Israel is also #1 in the world for per capita R&D spending and boasts the largest number of startups outside of Silicon Valley. Many tech companies with offices in Oregon also have offices in Israel—Tripwire, Mentor Graphics, Intel, Jive, IBM, etc. Many of these same companies expanded to Israel to access a combination of world-class tech talent and/or as a result of acquiring an Israeli startup.

While Oregon pales in comparison to Silicon Valley in terms of the number of corporate accelerators and incubators in absolute terms (we have a couple and Silicon Valley has well over 150), we are seeing a dramatic increase in investments in the past few years from out-of- state companies acquiring Oregon companies and setting up offices to access local talent. Additionally, the number of startups per capita, or startup density, has dramatically increased in Oregon over the past ten years, with Portland now in the top ten (9th) among U.S. cities.

Because Israel’s market is small, businesses plan for global expansion from day one. Oregon is similar in many respects in that Oregon’s market is small, and startups and tech companies based in Oregon target markets that are national and global.

Incubator to the Fortune 1,000

We had meetings with tech transfer offices at nearly all of Israel’s major universities, including the Weizmann Institute—a leading biotechnology program– and Ben Gurion University, which sits at the heart of a new cyber security center in Beer Sheva, Israel. Regarding the latter, Beer Sheva is also home to nearly 30,000 top cyber security professionals who are part of Israel’s vaunted cyber security defense force, known as Unit 8200. Whether through applied research at leading incubators and accelerators that connect students with startups and global companies to intense technology training as part of Israel’s mandatory military service, Israel has become a go-to source of top talent. Currently, Oregon imports a lot of its tech talent, and finding ways to further grow our local talent base is one of the biggest long-term challenges facing the viability of Oregon’s tech sector.

The Role of Government

We met with an advisor to the Finance Minister, whose office is working on ways to make Israel’s already-competitive tax system even more so for startups, growth, and enterprise-scale companies. The advisor previously ran a fast-growing software startup that had a successful exit. In fact, the majority of people we met in academia, nonprofits, and the public sector either had worked at a startup or were currently working on one.

We also met with the Chief Scientist of Israel. Oregon is one of about a dozen states with an MOU with Israel; however, nothing has been done since it was signed over six years ago. We explored a number of action items that we can start working on immediately, and the Office of the Chief Scientist plans to send a representative to attend the Technology Councils of North America Summer Conference, which TAO is hosting here in Portland July 27-29. As part of that conference, we will also be hosting representatives from the BIRD Foundation, which is a binational program between the U.S. and Israel that provides matchmaking services and funding for joint research and development initiatives between companies in both countries.

We are working with Jonathan Medved, CEO of OurCrowd, an innovative crowd-funding VC platform with a very large fund, to bring him back to Oregon for a visit in the near future, and we also met with Jerusalem Venture Partners, OrbiMed, and other investors with an interest in looking at deals in the U.S.

We also met with a number of startups, a couple of which standout as companies that should have a presence in Oregon.

One of the startups that we met with—LifeBEAM—we had worked with in the past to connect them to Oregon companies as partners during their last visit to the area. LifeBEAM specializes in wearable products designed for aerospace and personal health. This week they are soft-launching a Kickstarter campaign for their new self-learning fitness earphones– called VI—that serve as a virtual personal trainer. You can sign-up to learn more here. The other startup is TaKaDu, which offers an IoT analytics platform for water grids as well as gas and other utilities.

The takeaway? With some strategic investments, sound policy, and a lot of chutzpah, there’s no reason why Oregon—with all of its existing assets and infrastructure—can’t become a global leader for startups and innovation.