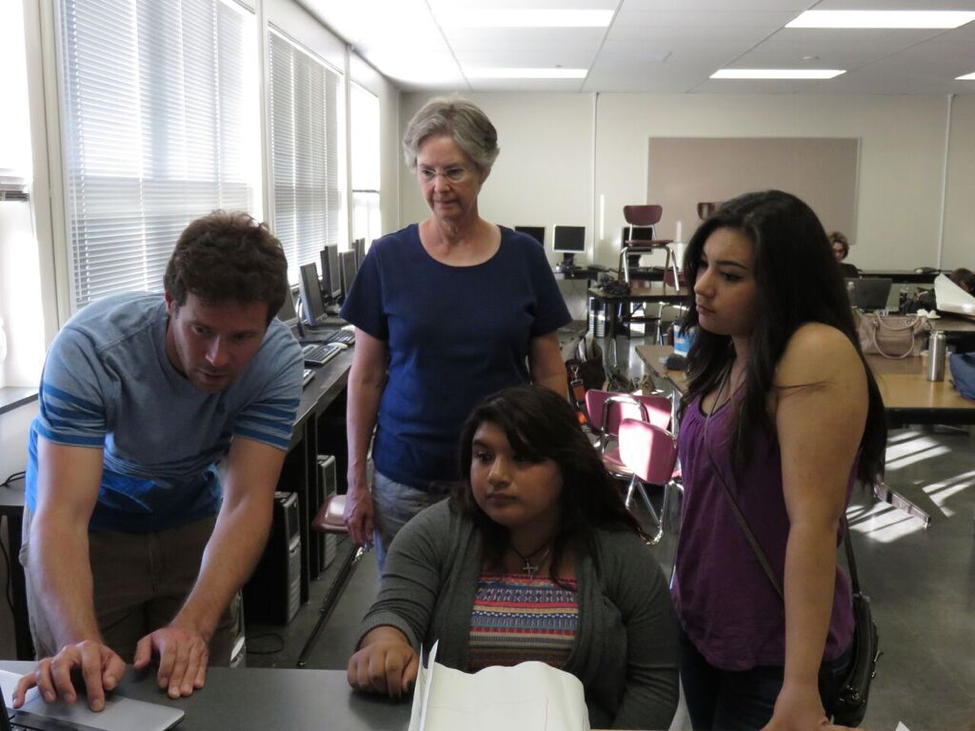 In 2014, fellow Innovate Oregon board member Thompson Morrison and I went to the town of Dayton, Oregon to see if a small rural community was willing to embrace a culture of innovation. The reception we received was not what we’d expected. From the outside, Dayton didn’t look like a good candidate for a town in the innovation game. Like many small Oregon towns, its poverty numbers were high, academic achievement numbers low, and the opportunities for economic growth were limited.

In contrast to some daunting statistics, Dayton also has an all-star high school agriculture program that perennially wins national competitions, a community that is fiercely close knit and a passionate group of educators committed to improving the lives of all students. Yes, it was fertile ground for a revolution.

The Innovate Oregon team proposed a six-week summer program that would meet weekly at the local high school.  We went in thinking it would be a tough sell to get folks to commit to a project over the summer months, but we could not have been more wrong.  The experience wasn’t just amazing, it was life giving.

Innovation Academy was so successful in Dayton’s summer pilot that the high school included an innovation curriculum unit within the junior year careers class. The program was modeled by the Innovate Oregon team and then taken over by the classroom teacher after the first session.

Embracing the success of the innovation academy model the principal of Dayton High School, Jami Fluke, began to incorporate the model into other classes and subject areas.  In the fall of 2015, Dayton became the first high school in Oregon to embed the Innovation Academy as a mandatory class for every attending junior.

When asked about the Innovation Academy and creating an agile learning environment, Jami will shake her head and tell you that in all of her years in education, she had “never seen anything like this.”  The concept of “letting kids problem solve to find answers to questions versus being taught the answers, has a significant impact,” according to Jami.

As much as things have grown in Dayton, the story is just beginning. In just two short years, the town has established itself as an innovation incubator. And it’s not just happening in the school.

After seeing the possibilities in Dayton, we had to wonder whether the model was scalable. The answer is a resounding “yes.” It is already happening. Local communities in Yamhill County have begun efforts inspired by the Innovate Oregon work in Dayton.  This culture of innovation created limitless opportunity and succeeds in changing the way we look at the future.

Gary Mortensen is President of Stoller Family Estate, General Manager of Chehalem Winery and board member of Innovate Oregon.

For more information go to: http://www.innovatedayton.org/