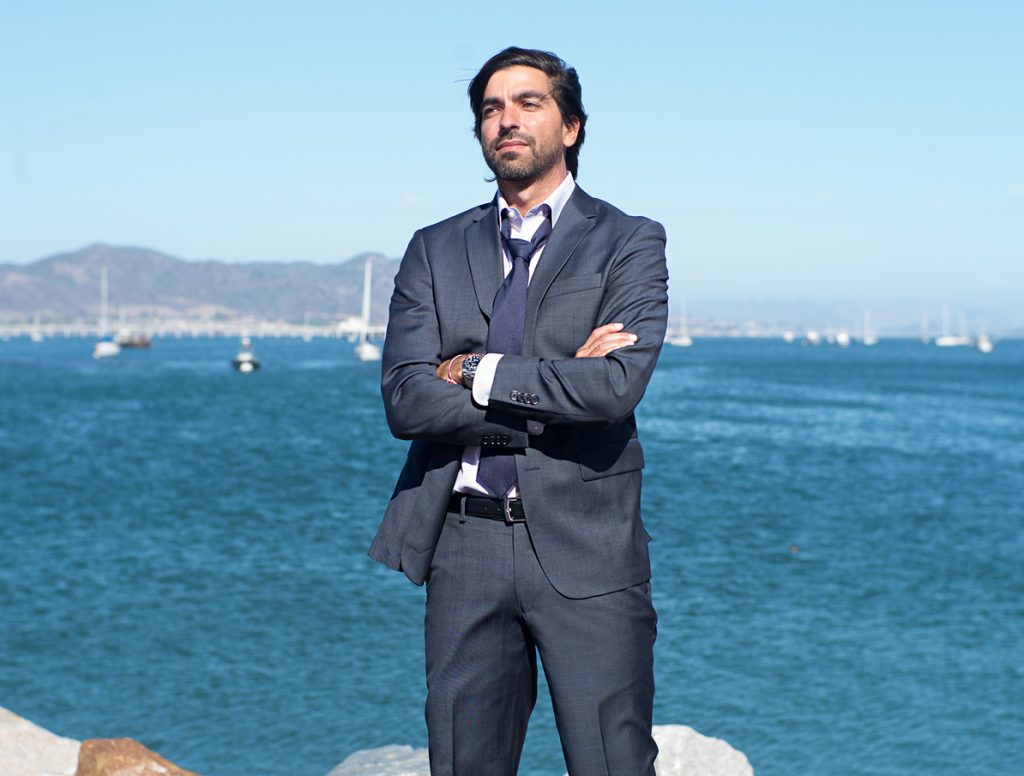 About three years ago, Enrique Sánchez-Rivera was running his Los Angeles and Colombia-based swimsuit and sportswear company, La Isla, when he caught a glimpse of some new, cutting-edge technology.

He had been exposed for the first time to augmented reality, the overlay of digital information on the real world through mobile device cameras and AR glasses.

Sánchez-Rivera was hooked on the technology. And he saw numerous business applications: He wanted to create an AR app for users to see virtual, three-dimensional models of upcoming swimsuit styles.

Little did he know at the time that augmented reality would soon be the focus of his entrepreneurial efforts – or that Oregon would one day become the home base for his new venture.

Through a family connection, Sánchez-Rivera met Mauricio Fernández, a 3D modeler and video game designer in Colombia, who in turn introduced him to a small team of augmented reality software developers.

He saw a group of people who were doing contract work for agencies but were being paid well below market value. He took matters into his own hands and in 2018 created an augmented reality studio with these developers.

His first client came through an existing business connection to Chase Carhartt, a member of the family behind the Carhartt apparel company and a vineyard owner in Southern California.

Wine and fashion gave Augmented Island Studios their start, but over the past two years, Sánchez-Rivera built a broad portfolio including industrial conglomerates, book publishers, celebrities and action sports companies amongst others. He solidified a long-term relationship with actor, activist and artist Terry Crews, now one of the studio’s top clients through a children’s book collaboration.

All the while he was operating out of a small office in San Luis Obispo, Calif., and continuing to run his apparel business. Business sent him across the west coast – including several trips to Portland.

“I returned multiple times, and got to understand the culture in Portland,” he said. The city’s push for diversity and its embrace of art and culture made an impression. And as Augmented Island Studios grew and attracted more creative clients, he began to see overlaps between the culture of the company and the city.

Sánchez-Rivera relocated Augmented Island Studios to Portland and he hasn’t looked back. The new Portland-based AR studio has no shortage of clients. The company is also working on its first AR video game, and has launched an innovation lab that will work to scale AR technology for web apps.

Sánchez-Rivera turned his passion for nascent technology into a high-revenue business venture.

“I am very proud to call Portland my home and to see so much support for our business from organizations like the Technology Association of Oregon,” he said. “I am here to stay, and so is Augmented Island Studios.”