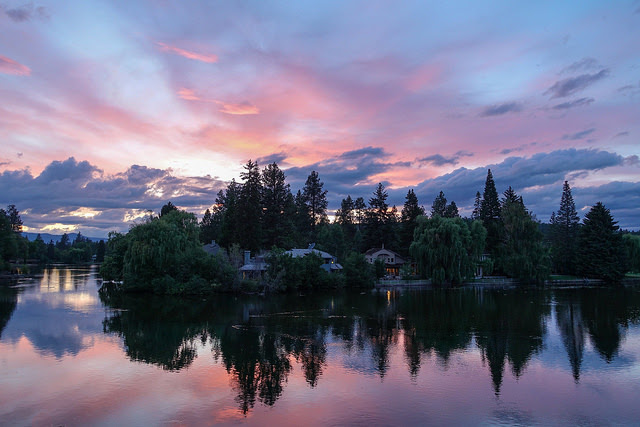 Technology changes. Business changes. But the climate of Bend, Oregon, remains the same – a major draw for those seeking an active, outdoor lifestyle (and a still-growing tech hub).

“It’s about the work-life balance not only for us as founders but for our employers,” says LeadMethod CEO Justin Johnson.

Leaders from three Portland Seed Fund-backed companies say Bend is still on the rise with new startups opening weekly, a boon for the Central Cascade city, but tough on the talent market.

In a city where several startups arrived for what their founders could do outside of work (Skinner actually moved to Bend to train as a triathlete before meeting the Droplr team), life and data sciences company Amplion chose Bend primarily for business. BendResearch, also in the life sciences and pharmaceutical industry, was already there with a ready market of scientists and biologists.

A steady influx of entrepreneurs who have relocated to Bend in the past 20 years, after successfully launching businesses elsewhere, has also added to a spirit of Central Cascade collaboration.

“The hyper-competition does not really exist here,” says Justin Johnson, CEO of LeadMethod, which helps companies automate their lead capture and distribution process. “People here want to make things great, whether it’s the parks, the businesses. You’re able to put in a 10- or 11-hour day and get a bike ride in and still spend time with the family.”

But when the skis are up and the bike’s down, the remoteness that makes Bend so attractive also brings its challenges.

“You have to be very intentional when you live in Bend,” says Droplr’s Skinner. “It’s not like Boulder where you are a 45-minute drive to Denver.”

While the Portland Seed Fund establishes strong networks within each investment cohort, often forging cross-regional relationships, several of the Bend-based CEOs say they’ve had to work to keep those relationships going.

“PSF has been my lifeline to the rest of the state and has allowed me to stay in Bend and build those cross connections,” says Zicker.

Portland Seed Fund regularly sponsors the annual Bend Venture Conference which is seen as a kickoff to the investment season there. This year’s conference is October 19-20.