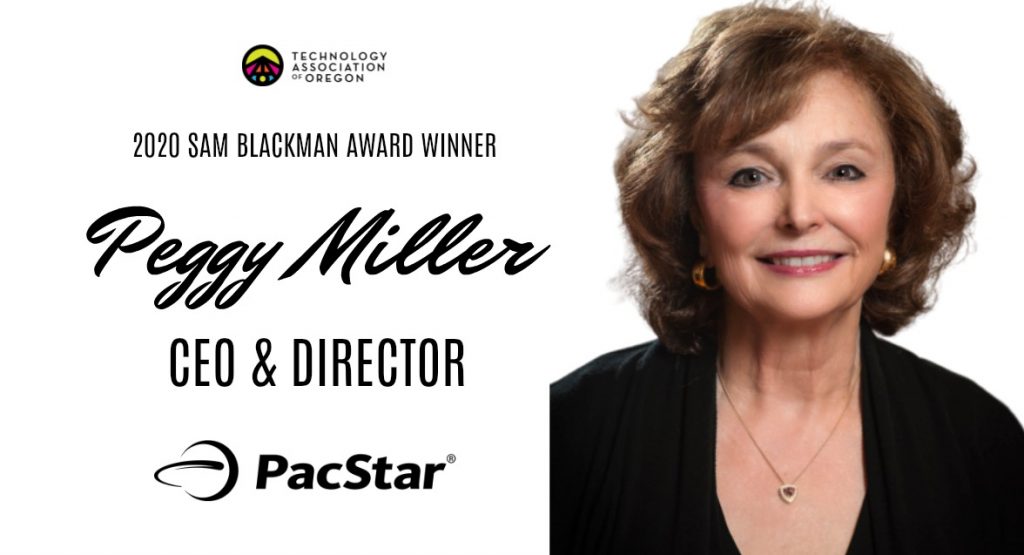 Headquartered in Portland, Oregon, PacStar  is a leading technology-based systems integrator that designs, manufactures and sells advanced, reliable and interoperable tactical and enterprise communications systems to the military, federal, state and local government agencies, as well as emergency responders.

Miller has an established record of building businesses and strengthening finances through a series of executive-level management positions, and was recruited to PacStar in 2007. Initially responsible for overseeing the company’s finances, in June 2009, she was promoted to Chief Operating Officer, in charge of the company’s operations, and in January 2015, Miller was promoted to Chief Executive Officer.

“What an honor it is to be recognized by the Technology Association of Oregon,” said Miller. “The innovation of the PacStar team has fueled the success of our organization, and I couldn’t be prouder of our accomplishments.”

“The Sam Blackman Award recognizes executives of Oregon and Southwest Washington-based technology companies for excellence in industry leadership as well as an individual’s positive impact in the greater community.” said Skip Newberry, TAO President and CEO. “We are thrilled to recognize Peggy for her strategic direction of PacStar as well her work in stimulating the interest of youth in STEM careers, in particular inspiring girls and young women to enter the field of cyber security.”

The 2020 Oregon Technology Awards Program is presented by JLL and Cambia. TAO anticipates that the event will draw more than 700 attendees, including entrepreneurs and tech professionals from across the region and around the globe. Tickets to the April 29  event can be purchased here.